Before leaving for America, Swami Vivekanand went to see his mother, Sharma Devi to get her blessings.  He said to her, “I am going to America, please bestow your blessings unto me.”

He bowed down to his mother but she did not do as he asked and just stood there in silence.  Swamiji asked for blessings again, but still his mother remained silent.  After a while she asked Swamiji to bring a knife from the room. He could not understand the connection between the knife and the blessings but he fetched it anyway. 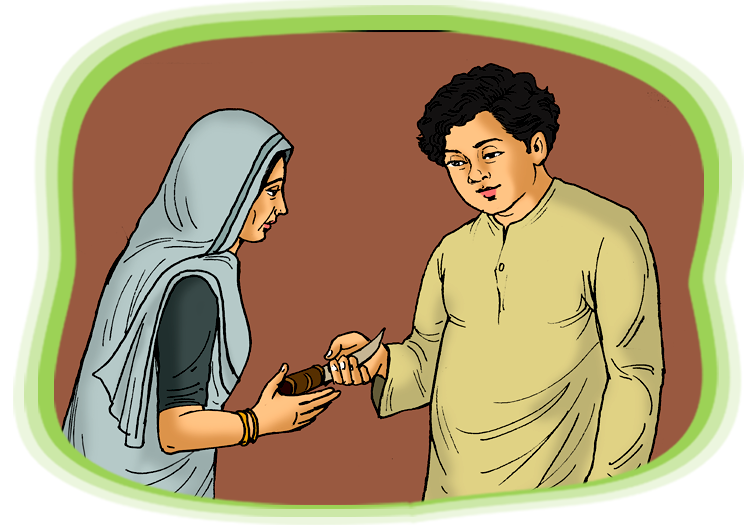 As soon as he handed his mother the knife she showered him with her blessings.

Swamiji was surprised and asked his mother what all of this meant and she replied, “My son, when I asked for the knife you held it from the blade as you handed it to me.  From this, I understood that you will endure harsh things yourself and always look after the welfare of others.  You might have to drink poison but you will always give nectar to others.  For that reason, I give you my heartiest blessings.”

After hearing this, Swamiji said, “But I do not think like that.  I kept the sharp edge towards me thinking that I did not want you to get hurt.”

Then his mother was happier and said, “That is even better.  It is in your nature to think of others.  You will never do any wrong to anyone.  My blessings are always with you.”

And truly, Swami Vivekanand’s whole life was devoted to the welfare of others.