Once when Deep and his friends were playing in the garden, his friends teased him shouting out 'fool, fool' and then they started to laugh loudly at him. This upset Deep immensely. Sitting on a bench at a distance, Manoj uncle saw all this. He beckoned the kids and asked, "Would you like to listen to a story?"

Who wouldn't want to listen to a story? The kids were delighted and quickly gathered around him. Manoj uncle started the story saying, "Long long ago, there lived a sage. Do you know what a sage does?" Someone said, "He does penance", while someone else said, "he meditates." 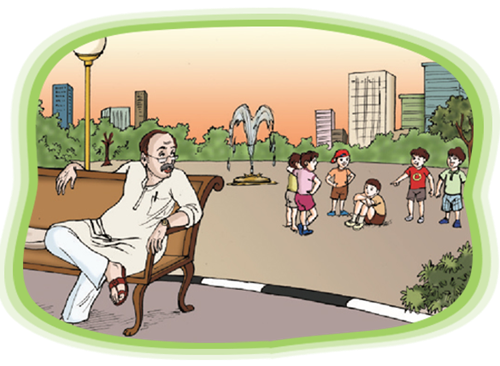 Manoj uncle said, "You are correct. Sages are always known to be in penance. They spend their entire lives in disciplined efforts to attain their goal. This sage was born with physical deformities. As he grew up he walked with a deep hunch. He was unable to walk, sit or stand normally. Even though, Ashtavakra was such a great sage, do you know why he was born with such deformities?

"No" said the children shaking their heads, with eagerness to know more. 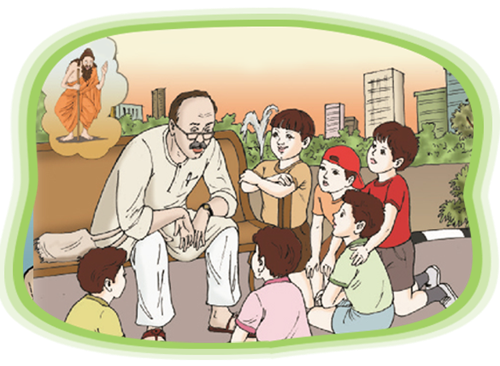 Manoj uncle continued, "The sage had taken a lot of pleasure in teasing a handicapped person in his previous birth. As a result of this sin, he was born with the same deformities in this birth." Having said this much, Manoj uncle kept quiet for a moment, then looked at the children and said, "The law of nature is such that you have to be like the person you teased in some future birth. If you tease someone and call them a donkey, then you will have to spend one life as a donkey in the future. If you call someone 'senseless', then you too will be 'senseless' in a future birth. If you call someone 'fool' then you too will be born as a fool in a future birth.

On hearing this, the children realized their mistake. They immediately asked Deep for forgiveness and resolved not to tease anyone ever again.

So friends, I'm sure you too will resolve never to tease anyone and refrain from doing so in future.

Article on Dangers of teasing