In the earlier days, Buddha was travelling on foot from town to town with some of his disciples. One day, soon after passing a lake, Buddha and his disciples stopped for a rest. He told one of his disciples, “I am thirsty, please get me some water from that lake.” 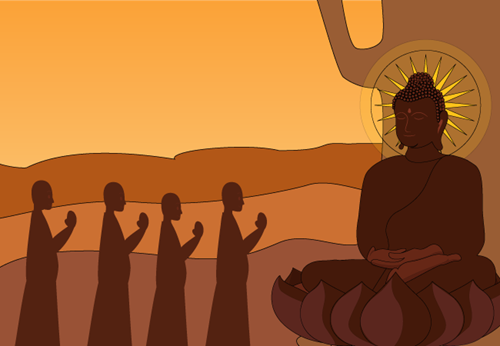 When the disciple walked up to the lake, he saw some people washing their clothes in it, and just then a bull-cart began crossing the lake from the edge. The water became cloudy and the disciple did not think this was fit for the Buddha to drink. He walked back to Buddha and said, “The water is very muddy, and is not fit to drink.”

Buddha then said to his disciples, “Let us rest a little by this tree.” After some time had passed, Buddha told the same disciple again to get him some water from the lake. The disciple, returned to lake obediently and saw that now the water looked absolutely clear.

The mud had settled to the bottom of the lake and the water above was fit for drinking. Thus, he collected some water in a vessel and brought it back to Buddha. 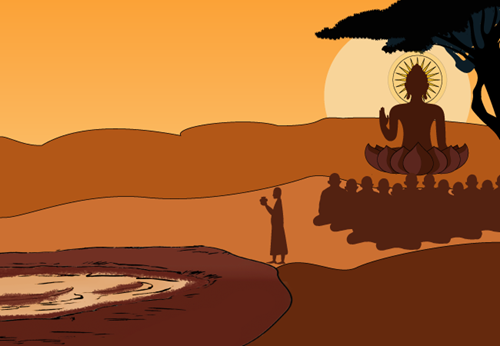 Buddha looked at the water, then looked up at the disciple. “See, you let some time pass, and the water became still. The mud settled to the bottom of the lake on its own and you got clear water. It did not require any effort.”

If a friend becomes frustrated and annoyed with you even though you haven’t done anything, then should you not understand that your friend has had a bad day? Be patient and just let it be; give it a little time and your friend will come around. Let the water be and the mud will settle down on its own.