To speak the truth, is also honesty. Everyone is familiar with bapu and his life; his entire life was a message to the people. Friends, let us read an extract from his own autobiography, 'Satya Na Prayogo' (The story of my experiments with truth).
"My uncle had a habit of smoking. My brother and I also wanted to try it whenever we saw him making puffs of smoke. However, we didn't have money to buy cigarette, hence we started stealing my uncle's left over cigarette butts. 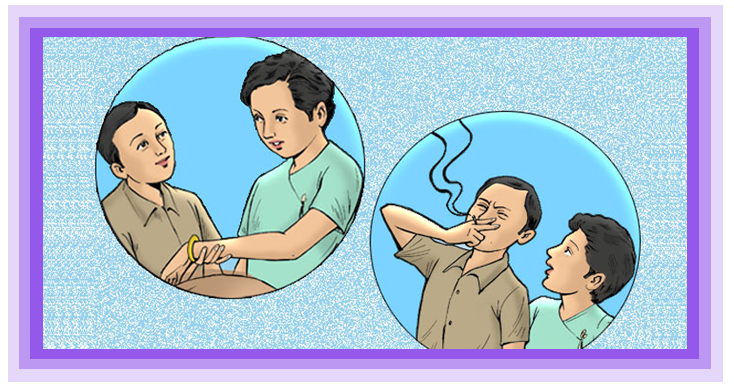 But we could not always find the cigarette butts and anyway they did not give out much smoke. So, we would steal two to four cents from the money allotted to the servants in order to buy some cigarettes. But, the question was, where should we hide them? We knew that it was disrespectful to smoke in front of elders. However, we managed to carry on like this for a few weeks. In the meantime, we heard that the stems of a certain plant (I have forgotten its name) burn like cigarettes and could be smoked.  We got hold of them and started this kind of smoking.

Yet we were not satisfied. Our dependency on cigarettes began to pinch us. At last, both of us got rid of our bad habit of stealing crappy cigarette butts for smoking as well as stealing money from the servants in order to buy cigarettes.
I would consider the fault of stealing the cigarette butts and servant's pocket money far more dangerous than smoking. In addition, I carried out another theft. I must have been twelve to thirteen years old or even younger, when I made this mistake of smoking cigarettes.

I was about fifteen years old when I committed this other offence of stealing. This theft was a piece of gold from my brother's armlet. He had to repay about a small debt of twenty-five rupees. Both of us were wondering how to repay this debt. My brother was wearing a gold armlet. It was not difficult to cut off a little piece worth one tola (11.66 gm) from it. We cut the bracelet sold that piece of gold and repaid the debt.

But this matter later became intolerant for me. I resolved never to steal again. I felt I should confess everything to my father. I wouldn't dare blurt it out. I was not scared that father would beat me. I was more worried that he would be hurt, what if he bangs his head against the wall? However in order to be cleansed of this dishonesty, it was important to confess, even if meant taking that risk.

At last, I decided to confess everything in a letter and ask for forgiveness. I wrote the letter and handed it over to my father. I disclosed every sin I had committed and asked for punishment. I humbly requested him not to be upset and vowed never to make such a mistake again.

I placed the note in my father's hands with trembling hands. I sat down in front of his wooden bed. He was bed ridden at that time. He read the note. Tears rolled down. The note became wet. He closed his eyes for a moment and then tore off the note. He had sat up to read and now he lay down again.

I cried too. I could understand his pain. I was deeply moved by his tears of pure love. Only he who has experienced such love can know what it is.
I had expected my father to be angry with me, scold me or even bang his head. I believe he maintained immense peace as a result of this honest confession. My father felt confident about me and his compassion for me increased because of my honesty.'' 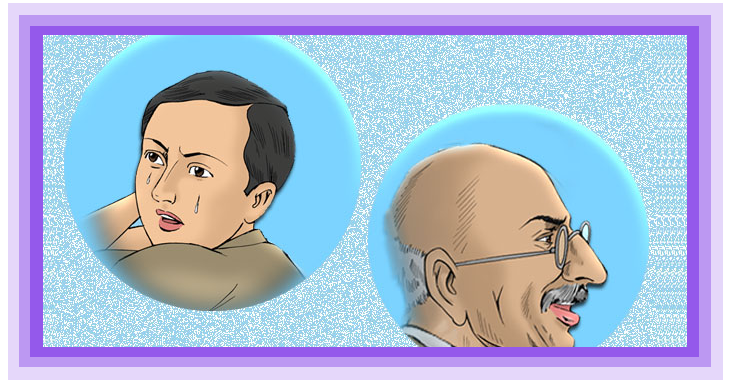 Friends, see how Gandhiji repented for his dishonesty, confessed his sins to his father and resolved never to repeat them. And he remained sincere to his resolution throughout his life.
So come, let us also resolve to do pratikraman (repent heartily) for any dishonest deeds we might have committed in the past and let us all make a strong resolve to never be dishonest again and ask for strength from Param Pujya Dada Bhagwan for the same.