Gautam Swami was the first disciple of Lord Mahavir. He had a lot of affection for the Lord. He could not bear to be separated from the Lord. When the Lord realized that the final moment before his liberation was approaching, he made a covert plan for Gautam Swami.

He gave a special directive to Gautam Swami, to go to the neighboring town and preach to a devotee. Bhagwan's directive was like the words of the absolute Self, and without hesitation, he left at once to go to the devotee's house, full of happiness.

He must have been half way through his journey when he heard the divine message from the heavens that Bhagwan Mahavir had attained liberation (Nirvana). Upon hearing this, Gautam Swami was deeply grief stricken; thinking that even though the Lord knew that his final moment was approaching, he still sent me away from him! Why did he do that to me? Why? Why? 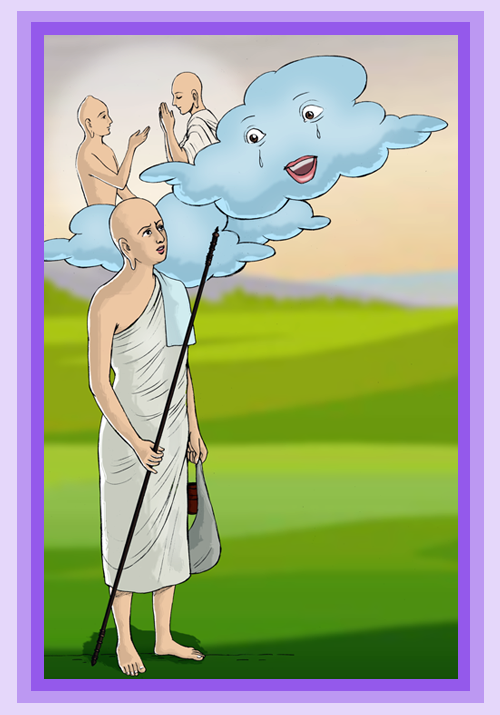 Gautam Swami started thinking. Whilst deep into thought, his attention diverted from the Lord onto himself and he came back to his senses… "Oh dear! I have made a mistake! How could I have had negative thoughts for the Lord! I have attachment for the Lord, but he is absolutely free from worldly attachments. The Lord does not have attachment or abhorrence towards anyone; he is full of compassion, totally detached…."

As he began to visualize the state of absolute detachment of the Lord, his veils of ignorance began to dissolve. The moment complete detachment came into his vision; he attained Keval Gnan (absolute knowledge).

A teacher will definitely take his student to whatever stage he has achieved himself!