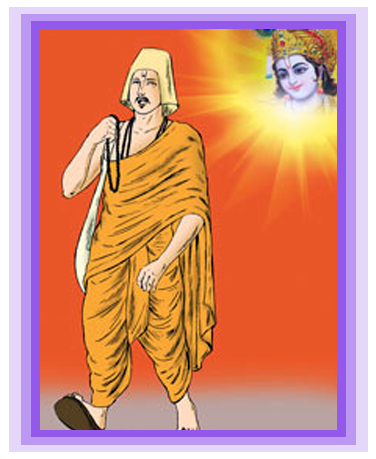 Surdas was an eager student who wanted to learn about Spirituality. He met a Guru who accepted him as his disciple. The Guru found that Surdas was hampered by his quality of getting angry easily, which prevented him from learning. Thus, the Guru decided to make Surdas shed his anger.
The Guru said 'Dear Surdas, chant the God's name during all your activities for one month, then take a bath and come back to me. Surdas followed the Guru's instructions and the day after the month was over, he went to meet his Guru. On his way to Guru's ashram, a sweeper on the street carelessly put dirt on his clothes. Surdas got angry and scolded the sweeper, 'What are you doing,you fool? Now I have to go back wash and dry these clothes and bathe again! Such a waste of time!' The Guru had observed the scene and when Surdas reached the aashram he told him,'Dear Surdas, you are not yet ready for further spiritual practice. Chant the God's name during all your activities for another month, take a bath at the end of it and come to see me.' 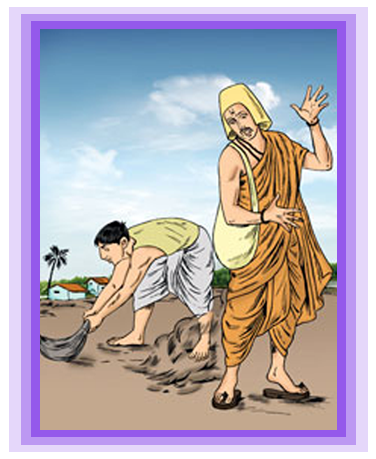 After a month, he eagerly went to his Guruji's ashram and the same thing was repeated. Surdas again became really angry and blamed the sweeper. After bathing, he met his Guru who asked Surdas to chant God's name for one more month. One month passed and this time the same incident happened when Surdas went to meet his Guru. However, this time Surdas addressed the sweeper softly saying "Thank you. You are my master. You have helped me to overcome my anger." The sweeper felt bad for his action.

This time as Surdas approached his Guru's hermitage, he could see his Guru standing in front of the hermitage welcoming him. Guru told Surdas that he is now ready to teach him. 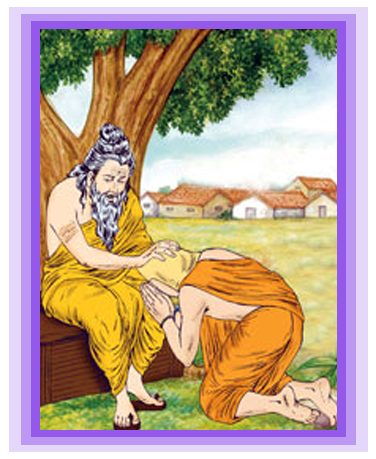 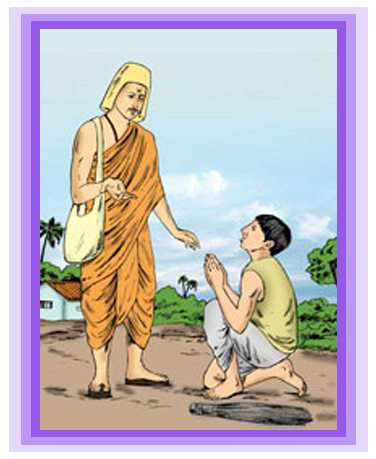 Moral of the story:

1) Only a Guru knows what a student is lacking of and can give solutions.
2) As a student, you must have faith in Guru's words and follow them with devotion.