Lord Ganesha gets an elephant head

Lord Ganesha, the 'First God' as per Hindu mythology, is the son of Lord Shiva and Goddess Parvati. Lord Ganesha or Ganpati's attributes make Him easily recognizable. He has an elephant head with a long protruding tusk along with big fan-shaped ears. Don't these characteristics give Him a unique identity? Kids, do you know how did he acquire an elephant head? 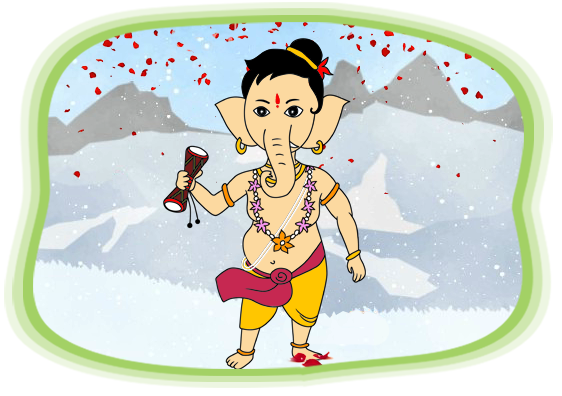 Well, here goes the story- One day when Goddess Parvati was getting ready to go for a bath,She didn't want to be disturbed by anyone so she instructed Nandi (Lord Shiva's bull) to guard the door and not to let anyone enter. However, when Lord Shiva was back to Kailash (Shiva's abode), He saw Nandi standing at the door. Though Nandi was instructed not to let anyone come in but being sincere to Lord Shiva first, he couldn't deny Him the entry. This incident infuriated Goddess Parvati and she thought that even she wanted someone as loyal as Nandi to guard Her as well.

Once when Goddess Parvati was getting ready for bath, she decided to create an idol out of sandalwood paste, turmeric powder and oil. So she rubbed out some paste off Her body and created the figure of a young boy. Goddess Parvati took a long look at the boy and feeling immensely pleased with Her work,She instilled life in the idol and declared him as her own son-Ganesha.

She instructed the boy to guard the door and strictly not let anyone enter Her bathhouse. Ganesha stood at the door and followed his mother's orders faithfully. 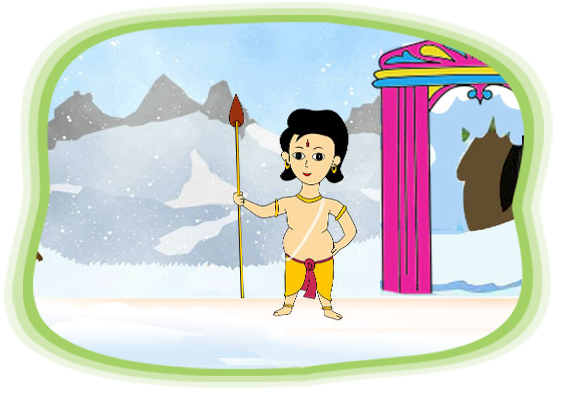 Just then, Lord Shiva arrived. He was surprised to see the little boy and proceeded ahead to go inside. However, Ganesha didn't allow Him to go inside. Even after introducing Himself as Parvati's husband, Ganesha didn't budge. This angered Shiva immensely and He took his trishul (trident) and with one powerful sweep, He cut off the boy's head. 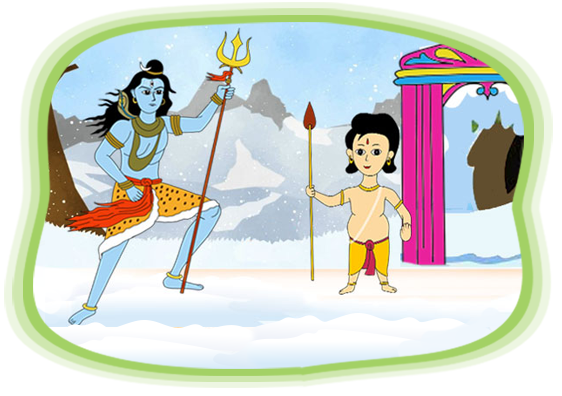 On hearing all the commotion happening outside, Parvati came out to check what had just happened. She was devastated to see Her headless son. This sight filled Her with rage and she threatened to destroy the entire Creation.

All the gods and the goddesses were taken aback on hearing her predicament. Even though everyone tried to convince Her, She did not give in. Finally, Lord Brahma, the Creator stepped in and pleaded her to reconsider Her plan. Goddess Parvati said, She would but only if her following two conditions were met- 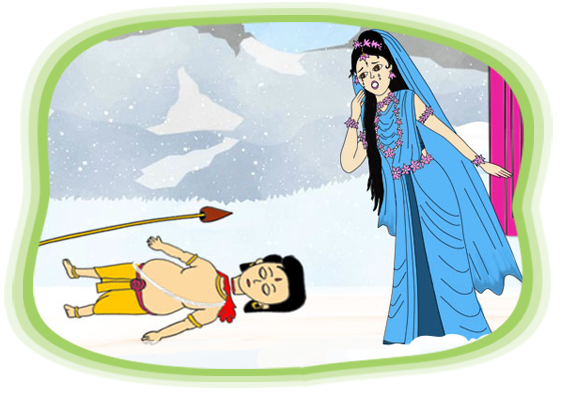 Everyone was baffled on hearing Her conditions. All the gods and goddesses turned to Lord Shiva to do something. In order to pacify His beloved wife, Lord Shiva sent his attendants (Ganas) to get the head of the first creature that they come across and whose head is facing towards the north direction. The attendants immediately set out in search of such a creature. After sometime, they returned with the head of an elephant. Lord Shiva fixed it onto Ganesha's body. Once again, he instilled life into Him and declared Ganesha to be His son and made him the leader of His attendants. And, that is how Lord Ganesha acquired the name- Ganpati (Lord of the Ganas).

Also, Lord Shiva granted him the boon that before beginning any new endeavor, all the devotees would pray to Lord Ganesha first. So dear kids, this is the reason why we worship Lord Ganesha at the onset of any new task and the mantra for worship is-

The meaning of the mantra is as follows-

You are large bodied with a curved trunk and as radiant as billion suns. Oh deva! make every work free from obstacles always!