Opinions can be misleading 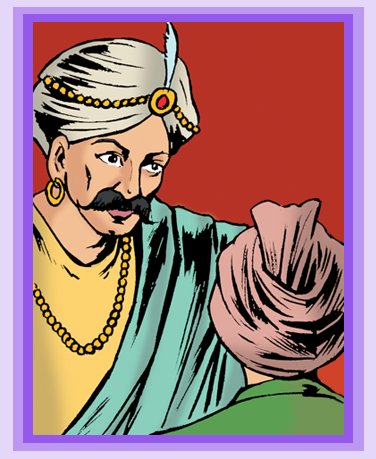 A king called Jitshatru reigned over Champa city. His queen was called Dharini and his son’s name was Adinshatru. They were devout worshippers of the Vitaraag (Absolutely Enlightened Ones) religion. They had a minister named Subudhi. On the outskirts of Champa city there was a temple dedicated to Purnabhadra Yaksha and a beautiful garden. A moat surrounded the city. There was some water on the North Eastern end of the moat, which emitted a foul smell of waste products.

One day after a delicious luncheon, King Jitshatru together with other kings, was walking along eating ‘mukhwas’ (mouth freshener), and praising the meal endlessly. Everyone, except for Subudhi agreed with the King’s praise. When the King did not receive any approval from Subudhi, and noticed that he was the only one who was silent, the King once again commended the meal whilst addressing Subudhi and asked for his opinion.

Minister Subudhi said politely, “Your highness! I don’t believe there is anything to praise in that. The nature of ‘pudgal’ (non-self complex) is such that whatever is good eventually changes to a bad form after some time, and bad things take on a good form, in this way, things keep on changing constantly. Therefore, what is so amazing in a substance like food?” This fact did not appeal to the King, but to avoid any further discussion, he dropped the subject. 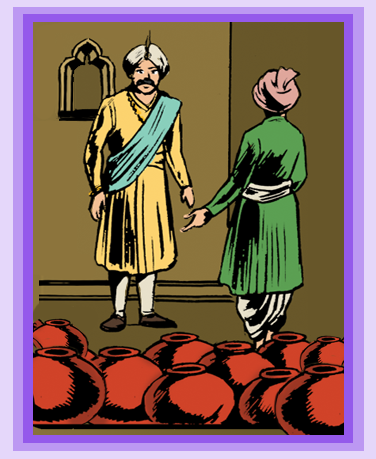 One day, the King, Subudhi and many men with their families, went out of the township towards the North East direction. He began to talk about the disgust he felt because of the foul smelling water from the moat. Everyone except the minister Subudhi, supported the King, however Subudhi remained silent. As before, when the King asked him for his opinion, the minister remarked, “It is the nature of ‘pudgal’ to transform from good to bad and from bad to good, so what should be praised and what should be condemned?” Even this idea did not appeal to the King, so the minister decided that he would let the King directly experience what he meant.

One evening, the minister sent his trustworthy servants to a potter to get some large new pots and he filled them with the foul smelling water from the moat.  After adding ash to these pots, he covered the pots and put them away. He repeated this process seven times for seven days after which the water became sweet, appetising and light as well as beneficial to health.

One day the minister sent his trustworthy messengers to deliver this purified water to the King, for him to partake at mealtime. The King found the water very tasty. He asked the messenger from where they had obtained this water. The trustworthy messenger answered that minister Subudhi had sent the water. The King called for the minister and said, “O minister! What is your reason for disliking me so much so that you drink this sweet water every day, yet you never send it to me? Where do you order this water from?” 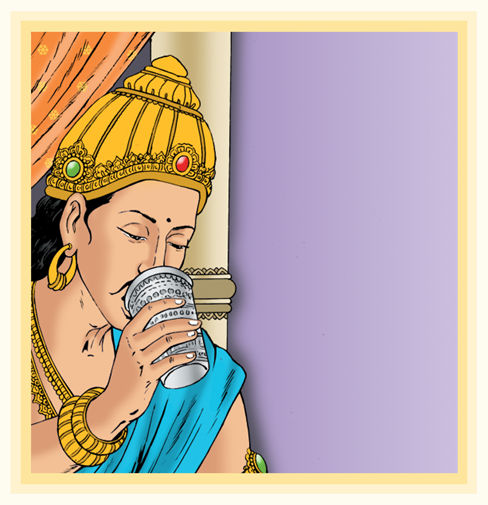 The minister said, “Your Highness! This is the same fetid water from the moat.” The King did not believe this.

The minister said, “If you don’t believe it, then even you can try doing the same to confirm that it is the same water.” The King himself tried the experiment to prove this fact. Minister Subudhi was proved right.

The King said, “O minister, you are right. It is the characteristic of ‘pudgal’ to transform good to bad and bad to good and that too naturally. Therefore it is neither worth praising anyone nor disliking anyone.”

See friends, if we also try to understand this then we too will be freed from clinging onto opinions.