Once Shrimadji gave a directive to Ambalalbhai, "Ambalal, can you tidy up the courtyard." Ambalal did not understand Shrimadji's intention and he called the servant and said, "Please clean the outside courtyard and all the areas around it."

Hearing this, Shrimadji said with utmost compassion, "Ambalal, I know how to keep servants."

Ambalalbhai got the hint and obediently cleaned the courtyard himself. In that instant he had realized his mistake that a directive or assigned seva (service) is for one's own good and it is foolish to ask someone else to complete it! It became clear to him that every seva assigned or directive given is for his own salvation, even if it meant cleaning the courtyard.

That day, Ambalalbhai realized that by making him clean the courtyard, Shrimadji had in reality helped him clear his 'subtle vision' (chit). 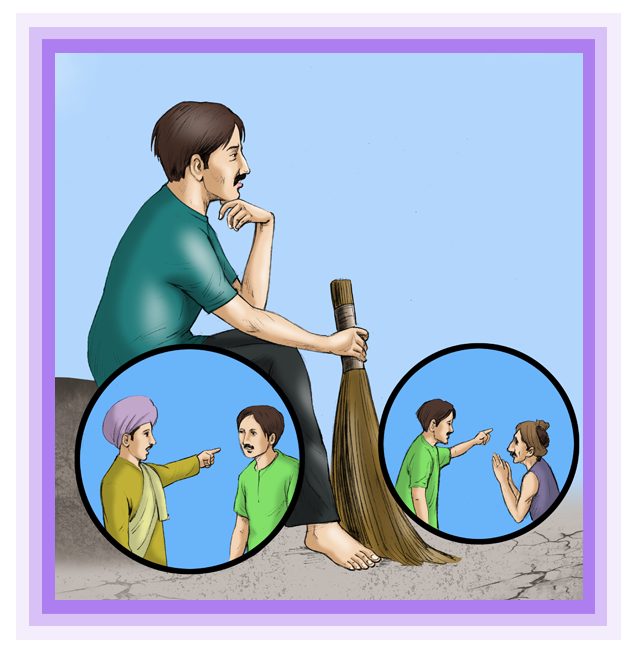 There was another incident. One day, Shrimadji was giving a sermon during which he had mentioned some words to Ambalalbhai. After 2 - 3 hours, when Shrimadji asked Ambalalbhai to repeat these words, Ambalalbhai said, "I can't remember them."

Shrimadji said to him, "Get up and go away from here. Return to me only when you remember those words."

Ambalalbhai, with tears in his eyes, left the room with a heavy heart and tried to remember those words. Just then, one of the spiritual aspirants came over to Shrimadji and requested, "He will recall the words, let him come in."

However, Shrimadji did not pay heed. Later in the evening, when Ambalalbhai remembered the words, he was allowed to come in.

From that day onwards, Ambalalbhai, who could not remember words even after two-three hours, was able to remember and write Shrimadji's sacred teachings word to word, even after eight days!

Such is the guru's silent aura of sternness and purity! The guru's extraordinary ability to turn a weakness into a strength is unmatched.