Do you know what happens when anyone dies?

Dadashri says when one dies; one would be reborn again in any of the four life forms and live many lives until Moksha. These four life forms (gatis) include Manushya gati (human form), Jaanvar gati (animal form), Dev gati (heaven) and Nark gati (hell). These are the four states of existence or life forms and the fifth state is of liberation (Moksh). 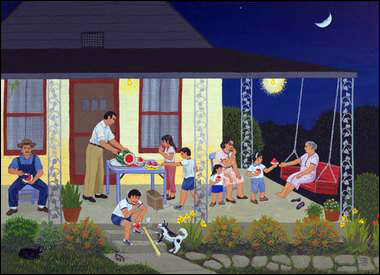 If a person wants to be born as a human being, he has to care for the elderly, his parents and his guru. He should maintain an obliging nature. Whatever he takes, he should give back equally in return, so nothing is owed to anyone. If you live your life, keeping this in mind you can attain the human life form.

Liberation is only possible through human form and only when the business of credit and debit ends.This human form is meant for attaining liberation (Moksh), not for wandering around in the four life forms! It is very difficult to attain the human life form again and again.

When a person has beastly thoughts of consuming things that do not belong to him; he constantly thinks of, "Whose things shall I enjoy? Whose things shall I snatch? From where can I gather things?"; he indulges in adulteration, cunningness, stealing and earning money by swindling others; then he is making inauspicious use of the soul. He is considered a second-class citizen, and is therefore heading for a life in the animal form. 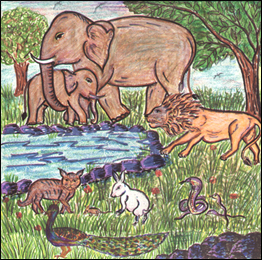 The more debt there is, the more lives one has to spend in the animal form. In this way, after roaming around in other life forms for eight births at the most, one returns to the human form, such is the law of nature.

Life in the animal form is like a severe prison sentence where the entire life is spent in total helplessness.

If one is a super human i.e. he doesn't enjoy his own comforts and luxuries but passes them onto others, he has such pure auspicious awareness, that he is considered a 'luxury class passenger ', then he is bound for a life in the celestial life form.In this life form, one has to enjoy immense happiness, comfort and luxury throughout their lifetime. The life span stretches to lakhs of years (hundred thousand years) and one is blessed with eternal youth. 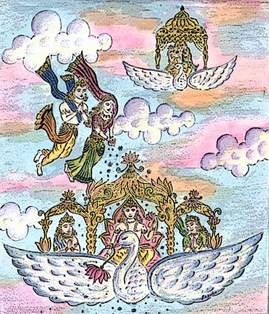 There is no suffering of birth and death. The atmosphere in celestial life is dazzling and intoxicating. The food there is tasty and delicious, the music they hear is melodious, the air is filled with fragrant incense. The mind is filled with different thoughts. In this happiness, they do not remember Soul. This happiness never ceases and hence they too get tired of such endless happiness.

Alas, in the celestial form, one is unable to attain the knowledge of the true Self. Hence, even the celestial beings yearn to be reborn in the human body, so that they can meet a GNANI PURUSH and attain liberation.

When a person, kills purely for pleasure, without any reason or cause, hunts and kills and takes pleasure in it by proudly boasting about his killing, then he is making impure use of the soul. When a person commits actions such as setting fire to people's houses, burning people alive, poisoning water in wells to kill the living organisms in it, blasting bombs to kill people and moreover derives happiness out of these actions, he charges such exclusive demerit karmas that they invite a birth in hell. 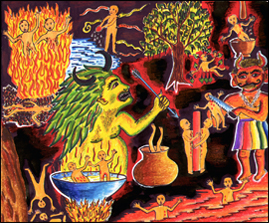 Even in hell, the lifespan stretches over lakhs (hundred thousand) of years. One cannot die even after suffering the unimaginable pains of hell for such a long time. There are seven such hells. The greater the demerit karmas, the worse is the hell one goes to in order to suffer more and more pain because of those karmas.

After completing the lifespan in hell, one returns to the human form.