Why do we celebrate Navratri?

Amba Maa's idol, diyas in colourful clay pots, glittering chaniya cholis and dancing in devotion to the beat of the dhol all night long. What does all this signify? But of course Navratri! Would you all like to know more about this festival?  Who we worship, why we do garba and above all the importance of praying to Amba Maa?

Read on to get answers to all such questions-

What is the significance of Navratri 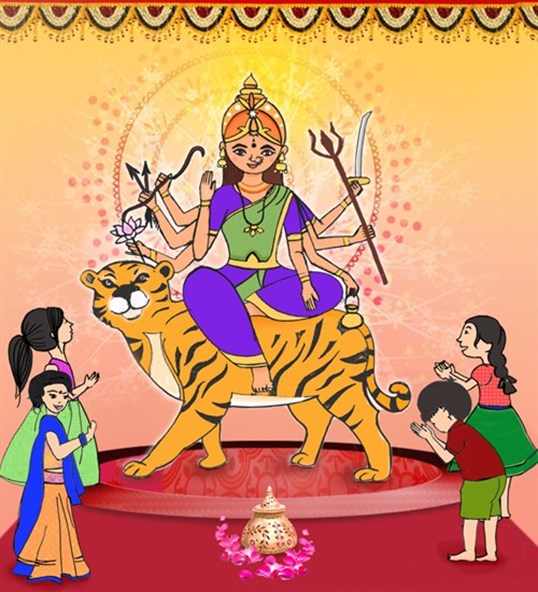 • To cleanse all the negative feelings like hatred, jealously, ignorance, anger, greed, violence within and outside us.

• The tenth day of Navratri is celebrated as 'Dussehra'.

Why do we worship Amba Maa during Navratri?

Amba Maa ('Mataji') is known as the 'Goddess of Energy'.
Param Pujya Dadashri says that by worshipping Mataji-

• One's prakruti (nature) becomes natural and spontaneous (sahaj). To become natural means to do what comes into mind without any interference of mind & ego.
• One can overcome all the worldly obstacles on the path of liberation
• One can progress on the path of righteousness and humanity.

Why do we perform garba?

Bhakti (devotion) means to become the form that is being worshipped.

Garba, a way of expressing our devotion to Amba Maa, is performed in a group where people dance and clap in a particular style and rhythm. This type of movement of the body and clapping while truly engrossed in devotion removes the impurities within oneself and makes space for gnan (right knowledge) to enter. 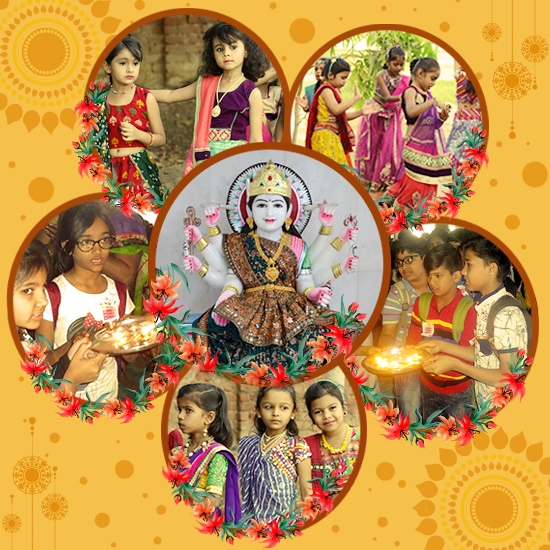 The festival of Navratri is celebrated all over India, but has different names. In the North, it is called Ramlila, in the East it is Durga Puja and in the South it is Kolu.

Thus we see that this colorful festival of Navratri celebrates arts in a varied way with lot of fun and devotion.

To conclude, here's a shloka (verse) that describes the power of the Mataji (devi) within us-

I bow before Mataji who is omnipresent in all living beings in the form of Shakti (power).