How to increase concentration power?

Here’s a quick test for you-
- Which is considered as the oldest civilization of the world?
- Which was the last science experiment that you conducted in school?
- Which is the largest country in the world?

Was it easy enough?
Now here’s another test- close your eyes and try to visualize your bedroom, study table, your parents, teachers, friends etc? 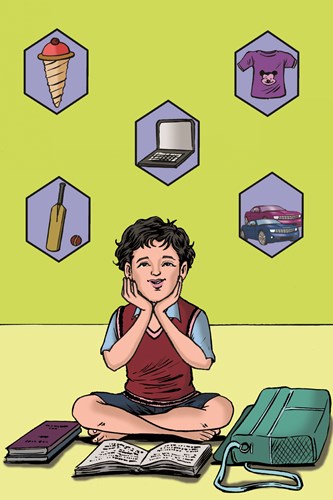 Which of the above two tests were simpler?
Obviously the second one, isn’t it? Well, that’s  the incredible power of our ‘chit’! It can visualize  things as they are.

1) The chit is like a camera which stores  everything it sees. If during any activity, if the  chit is present, it stores it like a picture which  can be recollected whenever required. Is your  chit present when you’re learning Mathematics  formulae or science equations or the years in  history? At the time of writing your exams, can  you correctly recollect all that you’d learnt? No,  isn’t it? That’s because our chit keeps wandering  into things that interest us and hence it loses its  focus over things that we are supposed to do.

2)  Most often, when we sit down to study, our mind wanders off into a cricket match, or our recent conversation with a friend, or picnic or any other distraction.

And because of this wandering chit, our concentration power gets disrupted. Hence, we find it difficult to remember and recall things during our examination. The television, movies, songs, mobile games etc not only spoil our chit but they also weaken our memory.

How to increase concentration power? 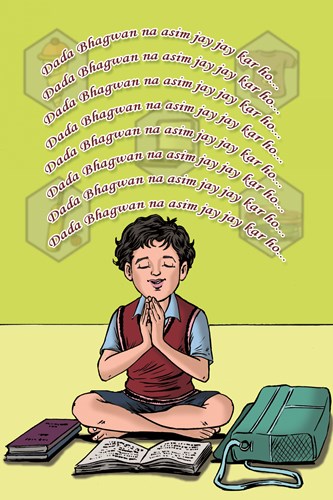 Pujya Dada Bhagwan used to say that in order to concentrate the chit on studies, one should daily chant ‘Dada Bhagwan Na Aseem Jai Jaikar Ho’ for 10 minutes with closed eyes such that each letter can be clearly read out before studying. Doing this will help increase your stability and help you focus your attention on studies. As a result, you will instantly remember what you read. Gradually, your results will also get better and better each day. Several students have followed this and seen their grades get better.

Here’s a prayer that you should recite before studying-
“Oh, Inner Lord within! Give me ultimate memory power to study. For that, Oh Inner Lord within! I ask for forgiveness for all the mistakes that I have committed through my ‘chit’ and I ask for the strength to concentrate my ‘chit’ in only you and my studies.”