Science behind Sun, Moon and Planets

Did you ever watch a sunrise or sunset and think about how beautiful it looks? Have you ever noticed how when the clouds move away, beams of sunlight shine through and light up everything around? There are some very interesting things about them that we've probably never known before - let's find out what Dadaji has said about the sun, moon, and planets!

Why they become a celestial being?
In their previous lives, these beings had the intent and wish to give light to the whole world. So, due to their merit karma (punya), scientific circumstantial evidences (vyvasthit) have come together such that they have attained an elevated state as celestial beings whose bodies give forth light! 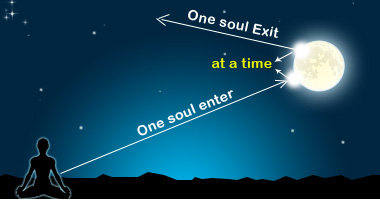 Difference between the human beings and celestial beings
In human beings, the body is burned when the soul leaves, whereas for the sun, moon and planets, the body remains as it is but the soul is replaced by a different one. So, the soul within the sun changes but the body remains the same. This is just like in a classroom where a new student comes and sits on the seat that an old student left behind.

Do you know where the beings who previously occupied the body of the sun or moon go? Dadashri explains that these beings go to another place. They may go into dev gati (celestial world) or they may even attain human form. 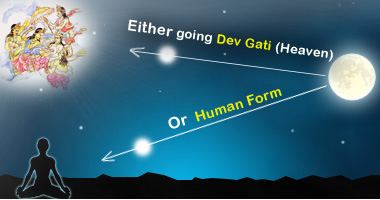 So, friends, now when you look up at the sun, moon and planets, you'll know who they truly are!