Pujya Deepakbhai Desai was born on the 9th of May 1953 in Mumbai, Maharashtra, India. Pujya Deepakbhai had a deep respect for His parents, He never answered-back or argued with them and was a very obedient and sincere child.

One day His elder brother told Him about Param Pujya Dadashri, whose knowledge of 'Akram Vignan' would help Him concentrate in His studies. At that time, Pujya Deepakbhai was studying engineering at VJTI College in Mumbai. This soft-spoken, humble and introverted young man found worldly life meaningless and cumbersome. He was deeply engrossed in self-exploration and searching the path leading to ultimate happiness.

On March 6 1971, when Pujya Deepakbhai was only 17 years old, he attained self-realization from Param Pujya Dadashri. This meeting with the ‘Gnani’ changed Pujya Deepakbhai’s life in ways beyond His imagination.

Graduating with a degree in mechanical engineering, Pujya Deepakbhai started His own consulting firm. Despite His involvement in worldly life, His heart was with Pujya Dadashri and He yearned for understanding Dadashri’s science in greater depth and detail. He spent all his spare time helping Pujya Niruma serve Param Pujya Dadashri. He would perform all the tasks assigned to Him to utmost sincerity irrespective of what they were. The more Deepakbhai learnt about Akram Science, the stronger His resolve became to become a celibate and follow this spiritual path.

In those days, His parents did not like His over-participation at satsangs (spiritual discourses) and attachment to Pujya Dadashri. They used to find means to keep Him away from Dadashri and His satsangs. However, Pujya Deepakbhai would always see His parents as faultless. He always says that, “If I were able to attain, understand and apply Pujya Dadashri’s Akram Vignan and His principles in life, then it was only because of my parent’s blessings on me.” Such was His respect towards his parents.

Victory comes to the calm and compassionate! His father, during his last days on earth, praised Pujya Deepakbhai for being so strong in His principles and His uninterrupted dedication to serve His parents until their last breath. He continued saying, “You are my real guru (teacher). Because of you I too have attained the path of self-realization and can become free from all karmas and attain Moksha. I bow before you.” Saying this, His father fell at Pujya Deepakbhai’s feet and asked for forgiveness for everything in life. 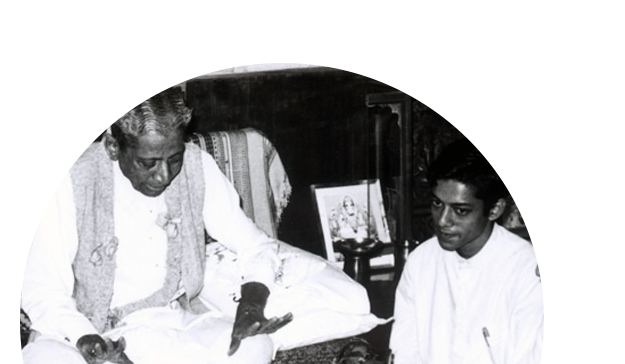 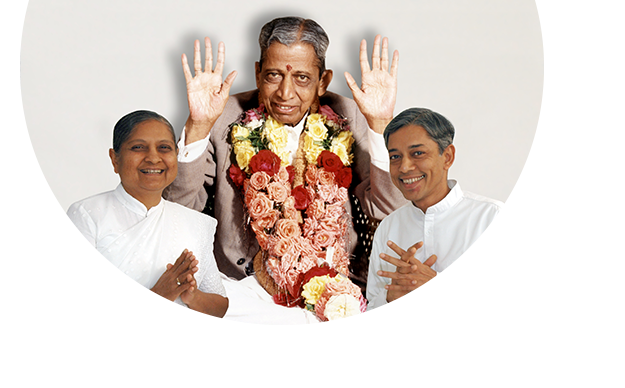 The Blessings of the Enlightened One

Pujya Deepakbhai continued to support Pujya Niruma with dedication and utmost devotion as she took over His grooming. Together they were able to reach a greater number of people and help them attain a higher level of spiritual understanding that would ultimately lead to liberation.

After Pujya Niruma left Her mortal body on March 19 2006, Pujya Deepakbhai now spearheads and guides the mission. He travels extensively within India and abroad giving satsangs and imparting knowledge of the self to all the seekers. He strictly adheres to every principle laid down by Pujya Dadashri. He has become an icon of purity and humility, whom people observe, learn from and are inspired by.

With the blessings of Pujya Dadashri and Niruma, under the special guidance of Pujya Deepakbhai, “Gnani Ni Chhaya”  was established in 2008 to help mould today’s healthy minded generation through various kids’ activities and programs.

“May all the children (smallest to biggest) who attend this ‘Gnani ni Chhaya’, attain such character and moral values with the right understanding that they do not hurt anyone for their own attachment, pride, happiness or greed. May they live their lives with such absolute understanding that they share peace and happiness with whomsoever they meet, bringing about salvation not only for themselves but for others too.”