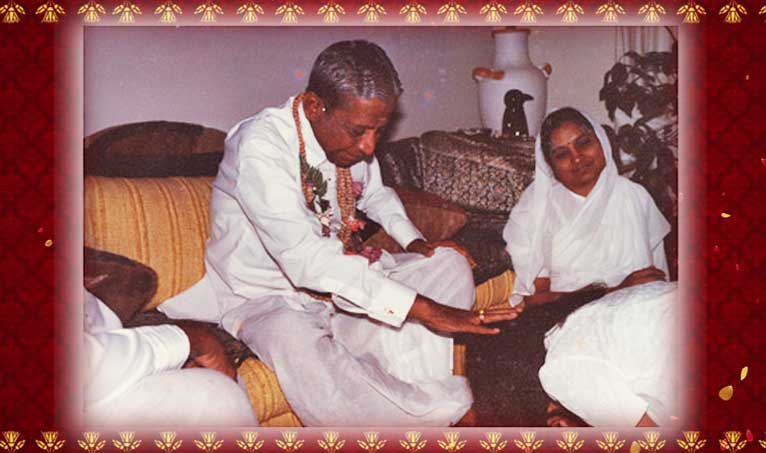 This is an incident   that happened in Dada’s time in 1984. It was the first day of the Hindu festival of ‘Navratri’.  One lady ‘mahatma’ (self-realized person in Akram Vignan) was very fond of ‘garba’ (a Gujarati folk dance). The entire family, including her, used to go out for garba for all nine days.

On the first day of Navratri she felt that she should go and get Dada’s blessings before she goes for garba. And she came with her entire family to see Dada. She had come all dressed up, ready for garba.

After getting Dada’s blessings, Dada looked at the mahatma from head to toe and asked, “Where are you going?”

The mahatma replied, “Dada, today is the first day of Navratri and I celebrate all nine days, so we are going for garba.” After a while Dada said, “Is that so…!” Saying that, Dada did vidhi for everyone and said, “First you do some garba here and then you can go.”  The mahatma said, “Yes, Dada.”

Hence, everyone played garba in the presence of Dada and  everything was forgotten. The garba went on till midnight. There was a feeling of exhilaration and an overflow of joy. That mahatma forgot that she had to go to another place!

From that day, every year they played garba in Dada’s presence. There was no need to go elsewhere!

This is a Gnani…! He brings about change in our lives without us realizing!