My Happiness in My Hands!

Football match was about to start and Aadi came rushing towards the dressing room to get ready for it. Just then the opponent team members started passing nasty comments, to distract him.
“Hey, you late comer, you won’t be able to win over us.” One boy commented.
“Go sit over there and I’ll get you some crayons to draw as crayons suits more in your hand than a ball.”, “What a little wimp, Aadi, you don’t even have a mouth to speak.” Boys went on and on, till the coach arrived to call them out.

While leaving the room, Aadi gave a warm smile, raised an, “All the best” thumbs up to all. 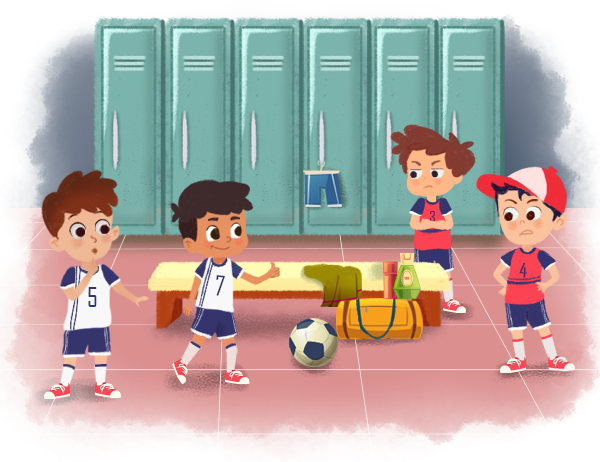 This kind of gesture of Aadi shocked his friend Taksh. Instead of getting angry and complaining to coach, he was calmly getting ready as if those comments had not affected him at all. The Match began and Aadi played like a house on fire. Every time he got the ball, he shot a goal. Needless to say he was the star of the game.

Just when he was very near to make another goal his opponent jumped and pushed to strike a kick, which would have made him fall very badly. So, he let him off to kick the ball and with that his team lost one goal and match too. 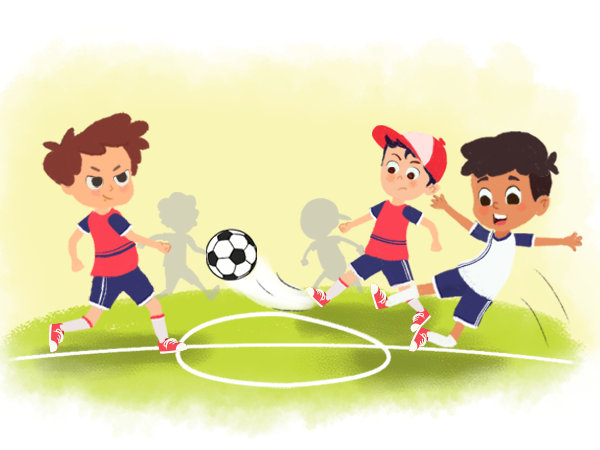 “Wow, what a sportsmanship Aadi, announced the sports commentator.

After the match was over, team roles were announced for the next match. Taksh was declared as a goal-keeper.
Looking at Taksh’s sad face, Aadi immediately raised the request to exchange his role with Taksh. “Sir, let Taksh play as a player and me as a goal keeper”. The coach agreed.
Taksh was happy to hear that, but puzzled too as he was getting a third shock in a row about Aadi’s calm and composed attitude towards everything.

Aadi, “What’s your secret of being calm and composed? There might be some inner strength within you? What is it?” Taksh questioned curiously.
“Well, there is no secret. It’s just I can’t see anybody getting hurt or upset because of me, which I try to follow.”

“Oh I see, So that’s your inner secret strength.” Taksh said.
“If I would have reacted by teasing back to them or complaining to coach, they would have been hurt emotionally and everything would have heated up and if I would have pushed the opponent back during the match he would have got hurt physically.” He calmly shared.

“Yes, thanks, that’s why you scarified! As you can’t see me upset”. Thanking him, he said and hugged him. “But, how did you developed your inner strength?” Taksh questioned.

“Sadly, once upon a time, I too was cranky and fussy like other kids and used to get upset on small things.” he shared with guilt.

“Seriously?” It was hard to believe. “You cranky and fussy?”, he asked with a puzzle

“Then one day, while my mom was driving me home back from school. I was all red faced, yelling and pushing her as I was upset with the food she had packed for me. One of my kick hit her hand, losing control on the steering wheel of the car. It banged on to my building gate and slightly to my dog Snoppy, who was waiting for me near the gate." 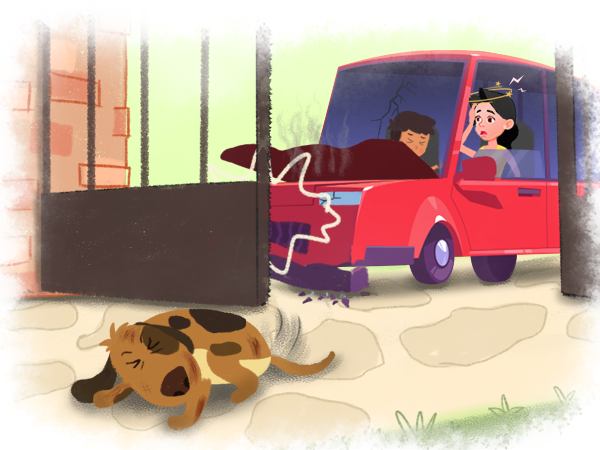 He paused for a breath. "This incident not only shocked and hurt me from inside but it hurt my two most loving people in the world. My Mom and my little Snoppy. They both were injured because of me. So from that day I decided to handle every situation calmly so that I don’t react or attack and then hurt people around me and wish that other people too adapt this secret strength."  He concluded as they reached the bus stop.