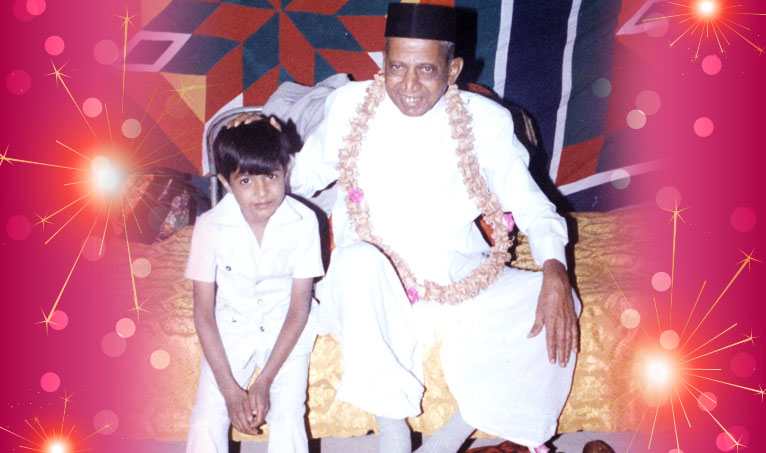 Dada explained to him, saying, “Tell me, would a king set off his own fireworks or would his helpers set them off for him?”

The young boy answered, “He would get his helpers to set them off.”

Dada asked, “Then what would the King do himself?”

The young boy answered, “He would relax and watch the display.”

Dada said, “Then would it be more exciting to set off the fireworks yourself or to watch someone else set them off and you relax and enjoy?!”

The young boy laughed and replied, “It would be more enjoyable if someone else set them off.”

Dada said, “Common then, sit next to me and we both will watch other people set the fireworks off.”

At once the boy forgot about his complaint and happily sat next to Dada.

See, Dada had such wonderful art to explain things and would easily find a solution to any problem and discover happiness in even unfavorable situations.